Mostly, phishing is just that: phishing. The Nigerian Prince, the Irish Sweepstakes, the IRS is coming to get you, Crypto nonsense...are all designed to do one thing: separate you from your money, and depending upon how greedy or fearful you are, it can be pretty successful. The problem is that in this world full of suspicion and distrust, we have become even more suspicious and distrustful. The email with the trojan horse, the innocuous app you downloaded that is full of spyware and adware, the social media platform that you use to keep tabs on your dear aunt Sally, which tracks you across the web and sells your personal info to advertisers – we've all been there.

Not too long ago, I was slightly bemused to receive an email from The Royal Meteorological Society. "What new Hell is this?" I wondered. We've all become so jaded that a new twist on an old scam is almost welcomed for its novelty and inventiveness. So, I went through the vetting process: the email of the sender was the actual email, not some bogus account; I was the sole recipient, as opposed to one of many, or better yet one of many "undisclosed recipients"; the spelling, grammar, punctuation, and capitalization were flawless, and to cap it all off, I wasn't even being asked for money! "So where's the hook?" I thought.

My curiosity was piqued. It seems the Royal Metrological Society, in conjunction with the Museum of Natural History (one of my favorite places to visit when I'm in London), was making a book, A weather lexicon, if you will, and one of the terms they were defining was "Virga." Not the astrological symbol, Virgo (September 16 - October 30) but the weather phenomenon, Virga, which is precipitation (rain, ice, snow) that descends from a cloud, but never reaches the ground. It's often characterized by jellyfish-like tendrils that fall from the base and then seem to disappear into thin air. Crazy, huh?

But I'd seen just such a cloud! It was in the Grand Canyon. I was on a North Rim photo excursion to a little spot called Point Sublime. Way off the beaten track, deeply rutted dirt roads, wild buffaloes everywhere, one composting pit toilet, and a couple of picnic tables. No campfires. Reservations required. That sounded perfect!

By now, I've been there several times, and the spot is aptly named. It's sublime, from the thunderous silence to the almost total isolation, to the incredible views of one of the world's seven wonders, and yes, even the virga that occasionally appears when all the conditions are right. We were standing there, looking across that vast expanse towards the South Rim, when this majestic apparition hove into view. It looked like a Portuguese Man-O-War, with long silky tendrils floating beneath it as it floated majestically across the landscape. I closed my mouth just long enough to take a few images and locked them away in my memory of amazing things I'd seen by accident.

I included the image in a portfolio of the Grand Canyon on my website (https://www.patkofahl.com/TheGrandCanyon). I also uploaded it to a site on the internet called 500PX, where photographers from all over the world share and critique each other's work. There are over 500 images of Virga, and my image was chosen to be included in the book. 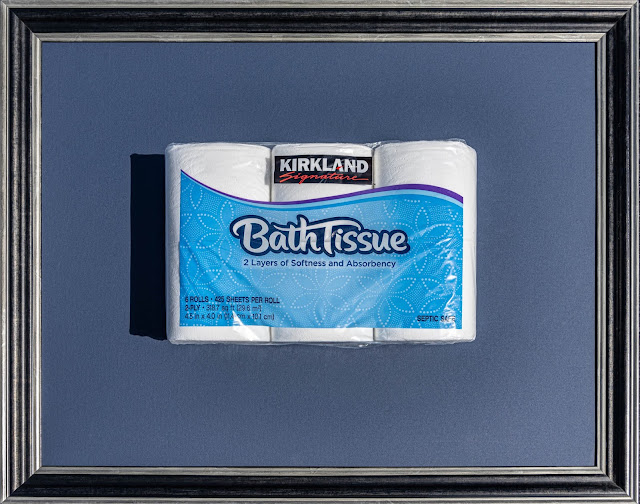 We're Ready When You Are!